Christmas is a time for family and friends. And what better way to share the Christmas spirit than by taking this holiday quiz together?

These Christmas quiz questions with answers will test your knowledge of all things Christmas-related. So put on your thinking cap and get ready!

For your convenience, we divided the Christmas questions into different categories. Have fun!

The Fun Quizzes team wishes you a wonderful Christmas! 1.  When was the first Christmas card printed?
2. Which country donates the Christmas tree in Trafalgar Square?
3. The first royal Christmas broadcast – which monarch made it?
4. Who invented the Christmas cracker?
5. What birds are popular on Christmas cards?
6. Shakespeare wrote a play for Elizabeth I as a Christmas present. Which one is it?
7. Stephen I was anointed King of which country in the year 1000, on Christmas Day?
8. What did Scottish nationalist students take from Westminster Abbey on 25th December 1950?
9. When was the first ever organised Christmas Day swim?
10. Where did Joseph, Mary, and Jesus travel after leaving Bethlehem?
11. Who is the patron saint celebrated on the 26th of December?
12. What gifts did The Three Wise Men give Jesus on his birthday?
13. When does the Russian Orthodox Church celebrate Christmas?
14. In what country was eggnog invented?
15. What were the children drinking in the first commercially produced Christmas cards by Henry Cole?
16. Who wrote the first ever king’s Christmas message?
17. Approximately how many people listened to the first-ever Christmas wireless message?
18. Who banned Christmas carols after the English Civil War in 1647?
19. Where does the name “Boxing Day” come from?
20. When was Christmas first celebrated in the UK?
21. What are you supposed to do when you find yourself under the mistletoe?
22. Which famous scientist was born on Christmas Day in 1642?
23. What does ‘X’ in ‘X-Mas’ stand for?

Round I Christmas Quiz Questions Answers 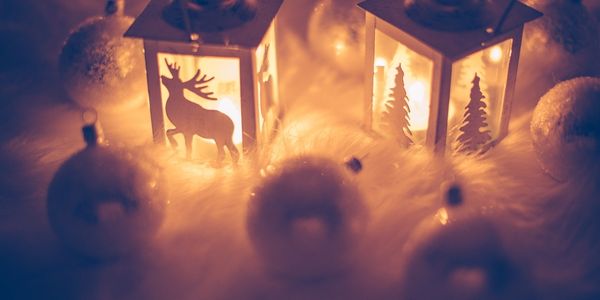 24. What ornaments do elves have on their shoes?
25. What colour are mistletoe berries?
26. How many tips do traditional snowflakes have?
27. Apart from white, red and green, what other colours are really popular on Christmas?
28. What are the two most popular phrases on Christmas gift cards?
29. What is the most popular Christmas tree ornament for the tip?
30. When should Christmas decorations come down, according to UK traditions?
31. What popular Christmas toy is actually based on a 20th-century political caricature?
32. What ancient people started the tradition of exchanging gifts?
33. What are small, cheap gifts usually called?
34. Where does the tradition of hanging gifts on the Christmas tree come from?
35. Why do we give chocolate coins for Christmas?

36. How does Santa climb up the chimney after getting your presents?
37. What were the first eight reindeers?
38. Which soft drinks company is the first to have ads featuring Santa?
39. What snacks does Santa love?
40. What is Santa called in France?
41. Which reindeer name means “thunder”?
42. Which reindeer name means “lightning”?
43. Which US states have towns actually named Santa Claus?
44. Who created Rudolph the Red-Nosed Reindeer, Santa’s ninth reindeer?
45. Which Saturday Evening Post artist made really funny Santa Claus pictures?
46. What is Santa called in Germany?

36. Touches his nose, smiles and nods.
37. Blitzen, Comet, Cupid, Dasher, Prancer, Vixen, Dancer, and Donner
38. Coca-Cola – it started in the 1920s
39. Milk and cookies
40. Pere Noel
41. Donner
42. Blitzen
43. Georgia, Arizona, and Indiana
44. Rudolph May
45. Norman Rockwell
46. Broadly speaking, in the Protestant north is der Weihnachtsmann (the Christmas Man), while the Catholic south is visited by das Christkind (the Christ child). 47. What is the name of Ebenezer Scrooge’s partner in A Christmas Carol?
Jacob Marley

48. Which actor got the starring role in Jingle All the Way?
Arnold Schwarzenegger

49. Who wants to steal the Christmas?
The Grinch

51. In the poem ‘The Night Before Christmas’, what did children have visions of?
Sugar plums

52. What is ‘Smoking Bishop’?
A sort of mulled wine

56. Who resurrected Frosty in ‘Frosty the Snowman?’
Santa Claus

57. Why was the Grinch so mean?
His heart was two sizes too small

58. What is the biggest-selling Christmas song?
White Christmas

60. What sort of spirit is Clarence in It’s a Wonderful Life?
An angel

61. Where are the stockings hung in The Night before Christmas?
By the chimney

63. What reindeer is never mentioned in The Night before Christmas?
Rudolph

64. What 1990 movie tells the story of a boy whose house is robbed at Christmas?
Home alone

65. What carol is also known as “the counting song”?
The Twelve Days of Christmas

66. What carol can you use to demand figgy pudding
We wish you a Merry Christmas

67. What carol warns you about Santa?
Santa Claus is coming to town

71. What carol is best sung when “the weather outside is frightful”?
Let it snow

72. What is wassailing?
The tradition of wishing neighbours a long life.

73. Which saint introduced carols in churches?
St Francis of Assisi

74. Which American holiday was the carol Jingle bells originally intended for?
Thanksgiving

75. What was the first carol broadcasted from space?
Jingle bells

76. What words follow “Silent Night” in the song?
Holy Night 77. What type of pie filling is really appreciated at Christmas?
Pumpkin

78. What holiday drink is made with milk, egg and sugar?
Eggnog

79. What were mince pies made with in Victorian times?
Beef and spices

80. What fruit is usually placed in stockings?
Tangerines

81. What is the traditional Christmas meal in England?
Turkey with cranberry sauce and potatoes

82. What was the traditional Christmas meal in England in Victorian times?
Pig’s head and mustard

83. What was Christmas pudding originally made of?
Soup with raisins and wine

85. Which sauce is traditionally served with Christmas pudding?
Brandy Sauce

86. How does Santa keep track of all the fireplaces he’s visited?
He keeps a log book

87. What did the Kremlin send MI6 in their Christmas hamper?
A mince spy

88. Why is Mrs Claus always checking Santa’s phone?
He seems to know where all the naughty girls live

89. Why did Santa’s elf go in for counselling?
He suffered from low self-esteem

92. Why was the snowman looking through the carrots?
He was picking his nose

93. What did Adam say the day before Christmas?
“It’s Christmas Eve”

95. Why are Christmas trees very bad at knitting?
Because they always drop their needles

96. What is the best Christmas present?
A broken drum, you can’t beat it!

97. How does Santa get ready for Christmas Eve?
He puts his clothes on… duh!

98. What does Santa Claus like to eat on Christmas Eve?
Fish and chips!

99. How does Santa get down the chimney without falling through?
Magic!

100. Which Santa’s reindeer has the same name as the god of love?
Cupid

Merry Christmas and Happy Holidays! We hope you enjoyed these Christmas quiz questions with answers. From all of us at Fun Quizzes, we wish you the best during this joyous season.